THE FIRE AND THE NENUPHAR

NENUPHAR: If I say that I appreciate birds, it's because birds are free.

FIRE: Free? You're but projecting freedom on birds, because, as a matter of fact, they aren't more free than you and me. Just because birds inspire you with freedom, doesn’t make them free. The notion of freedom that you attribute to them stems merely from the fact that you are subject to this condition of yours.

NENUPHAR: And what is this condition of mine?

FIRE: To float, with face towards the sky and roots attached to bottom. Therefore, the idea of distance and movement has become a desire in you.

NENUPHAR: But you yourself are not indifferent to the distant sky, are you, even though you are able to move around?

FIRE: Since I know and accept the sky is distant and I can’t have him, I have learned to bestow on him his proper use: the higher he is, the higher my flames reach! Actually, why shouldn’t we assume that his true function is granting us the space to what we hold more expansible, instead of reducing him to an unreachable mirage which only birds and comets can take pleasure from?

NENUPHAR: But isn’t it natural that I contemplate and long and despair because everything is unreachable? To contemplate is what I am, given my condition. It is my nature. I was not meant to reach, but to gaze from this nook here, motionless, between this water and the distant Universe. Besides, for me, it is not only the sky that is far but all things together, except this water, the mud at the bottom and the breeze that, nevertheless, comes only to pass.

FIRE: Is that what you are or simply what you do?... We are all confined to a condition that, unless we let it, won't utterly condition us. Contemplating is also natural to me. And believe me, I do not ignore that, if I would always contemplate from the very same spot like you do, something would obviously be different. Still, as for condition itself, everything comes to the same: there's no animal or plant that doesn't depend on it. But the search for each one's qualities, which, even despite everything, we potentially own, can make some difference, if properly found and used. This is what nourishes my flames and triggers them in a volitional dance towards the zenith. However, it is not the zenith I'm aiming for, but the spatial potential that it offers to me. If your nature was purely contemplative, it would be natural that you wouldn't drown yourself in dreams about what you are not and about what you have not. If contemplating were what you are in essence, you would simply accept it, there, comfortable in your nook, motionless, between the water and the distant Universe. But the thing is that you do happen to desire. You want to fly, to be the bird. And to desire is, in itself, opposite to that which you claim as naturally belonging to you. So maybe it isn't much like that. This is, at least, how I appraise it, here from this bank, from where, as some other times, I have already spoken to you. But what I fear the most, Nenuphar, is that you've given up being the bird dwelling within yourself, the bird of your imagination, whose real correspondent, that you see passing by up there in the sky, is comparatively much less free. Nevertheless, you wish to be like him... And by force of desiring it so, of desiring the wrong bird that much, just because he seems free in his flight, it's quite probable that you have unconsciously accustomed yourself to the pain of not being it, which is the same as giving up, instead of making use of your plasticity, by means of the only possible instrument of liberation—the self-aware imagination. Here's our true nature, here's where everything lies—in our imagination's plasticity!

NENUPHAR: I do not know how to deny that, but I also wouldn’t know how to put it into practice. Perhaps if you cast me some of your flames, I could burn higher myself!...

FIRE: That's just what I have been doing, without even having to turn to my flames… I'm not willing you scorched, O green and floriferous Nenuphar!

NENUPHAR: But I, dear Fire, I'm stuck to the mud here, right on the bottom of this pond! How can you not expect me to think that you're mocking me, despite how much sense I discern in your metaphors? What else could I be than this that I am? Now, you, you do not depend on any roots! You’re not tied to the ground!

FIRE: Not in the same way as you are, that's for sure, but I am also dependent on the soil to rest and to nourish my flames. Just like the mud is to your beautiful flower, the husk is to my flames! We are different but, if we look closer, the principle that makes us who we are is similar. The difference is that I do endeavour so that my flames won't be like the flames of some other Fires out there, who won't take long until they vanish, either from burning too much or having never learnt how to.

NENUPHAR: I understand, but I insist, if I do not burn, how could I burn? You too, because you do burn, won't step beyond the bank of my water...

FIRE: You insist on those realistic parallelisms out of boorishness! Do you prefer the traps of rhetoric to the truth of blossoming, you that blossom?!... It's but the mix of frustration and disbelieve alone, born out of giving up to that fallacy you’ve been feeding on for years already, based solely on the belief of how insurmountable everything appears to you, that makes you disbelieve your own potential. Let alone the fact that none of your fellow companions right there around you, accordingly stuck to an inveterate indolence, have ever convinced you or even tried to convince you of the contrary, being themselves reduced to nothing but floating, just as I can perfectly witness from here. Won’t you see that, in spite of everything, in spite of the mud, you generate such a magnificent, such a radiant lotus flower?! You are her―and she is your truth.

The Fire finally bade the Nenuphar farewell and went away, leaving him deep in thoughts. While staring alone at the lotus flower, which, until then, he had only seen suspended above him, it seemed to him now like it was floating in the very blue of the sky, and in a way so distinctive as never before he had recognized it, since, suddenly, its petals started a dance in which they gently waved and shined, as if the flower had transformed into a little sun, whose light, against all odds―or at least as the Nenuphar could never have guessed possible―, actually started illuminating and ennobling him. 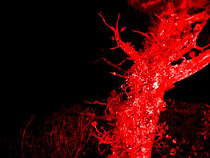 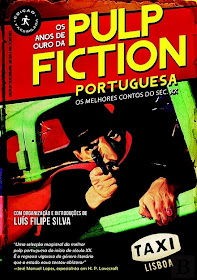